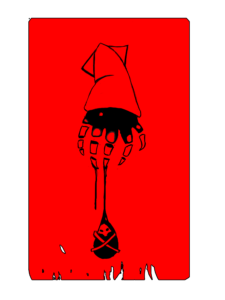 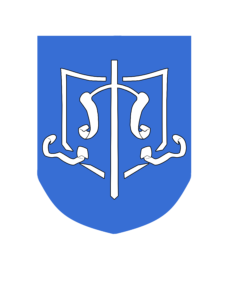 The faction flag symbols for the pirates and peace keepers, the third faction’s symbol is still a work in progress right now.

Real-time reflections have been added to the Water in Buoyancy. You can see the reflection of the surrounding environment as well as some refraction from the water.

Originally in Buoyancy our world was confined to an arbitrary box the players could move around in. We didn’t like this solution to our world bounds so we decided to get rid of the boundaries all together. Buoyancy is now a truly endless oceanic wasteland. If you’re familiar with the ability to move your city around this endless wasteland than you might be surprised to learn your city never moves.

Early in development into Buoyancy we found it more efficient to move the world around the city than to move the city around the world. This creates a convincing illusion that the city is moving around the world. What we have done is turn our water into a “treadmill”. When a water tile has reached the edge of the map, we recycle it onto the opposite side similar to a treadmill. This ensures that as you move in a direction you can never run out of water, thus making our world endless.

How this actually looks behind the scenes in the game

Pirates have been re-factored into 3 different jobs consisting of Thieves, Murderers, and Pyros. Thief Pirates only focus on stealing resources from storehouse. Murderer Pirates are savages that only want to kill villagers. Pyro Pirates will focus on throwing Molotov cocktails at your buildings to engulf your city in flames. Pirates have gotten a lot more deadly.

Constructing the 3D model of the Trade ship as well as comparing the size to the Town center to see how it would fit in the world. 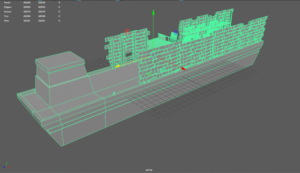 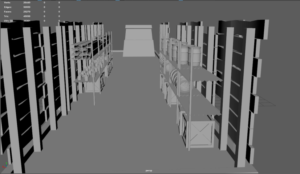 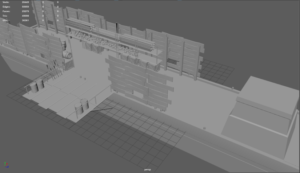 I spent the first half of this sprint working on overhauling the city movement. This gameplay feature was way overdue but we had some technical issues before that prevented it. Anyways, your city needs to generate thrust to move it somewhere. In the beginning of the game this is handled by villagers rowing. Rowing the city is another task and a villager rowing won’t be able to do essential resource transportation.

In addition each building contributes to your overall mass. The more buildings you have the more villagers you will need to row at an acceptable speed. Motors provide a ton of thrust and it makes them much more important to move large cities.

Aside from the movement changes I’ve been working on City Interaction which was originally prototyped in Devlog 1. This is gonna be an epic-type feature that we want to get in for our Alpha, and it is gonna be a lot of stuff!

The player can expect to find other floating cities in the world. These encounters will be uncommon but your actions from them will be impactful. The cities will have their own personalities, which tie in with your Renown/Strength, that will make actions easier or harder. You will be able to Trade, Steal Tech Points (for Tech Tree), get Lore based information, or go to War. City Wars will be the biggest feature addition and I want them to be exciting and fun. During a War you will control your tower, guard, and villager behavior indirectly through the UI. Eventually I want to get a “ranged-attack guard” unit in there to strike a balance therefore introducing more strategy.

We also teased around the idea of finding your own perished cities from previous games as ghost towns (not actual spooky ghosts but just something you can run into and scrap). Though that is something for later on in development.